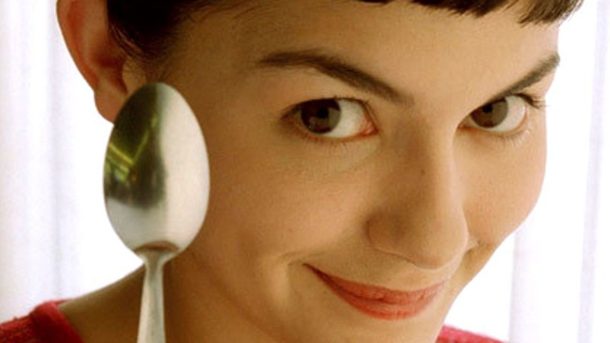 This is the official Tech Info Site review for one of the most popular game piracy websites out there, known as “FitGirl Repacks” but also commonly referred to as just “FitGirl”.

What is FitGirl Repacks?

FitGirl Repacks is a website which lists thousands of “pirated” video games, which are available for download as torrents for users around the world. The video games which are uploaded on FitGirl Repacks have been “cracked” (meaning DRM has been removed from the video games), allowing users to play these paid games for free. These games have also been “compressed” by FitGirl herself, which allows gamers to download these games at a much smaller size, thus saving both bandwidth and time. Conversely, the installation of this game will therefore take longer as the games need to be “uncompressed” or “unpacked” during the installation process.

Although FitGirl Repacks is one of the most trusted websites for free video games, as with all piracy websites we would not recommend downloading from there. Downloading any software or video game from an unknown/unofficial source can always expose your device to unwarranted risks, such as malware, as well as put your personal information at risk. Additionally, video game “crackers” have recently been known to add adware such as bitcoin miners into user’s devices during what seems to be a harmless video game installation. Furthermore, downloading cracked games online is illegal and could get you into legal trouble with your ISP. We therefore recommend avoiding downloading from any piracy website, including FitGirl Repacks.

Using or downloading from the FitGirl Repacks website is illegal in most countries around the world. In many countries where piracy laws either don’t exist, or are not enforced, then downloading FitGirl games would likely not lead you into any legal problems. However, in most first world countries such as in the USA, Europe and Australia, we would recommend avoiding the website altogether. If you have to use the website, then we would recommend protecting yourself and your identity by using a VPN.

Users should be careful from the dozens of fake mirror websites which have popped up, as there are usually filled with ads or malware. As FitGirl says herself:

ALL other “mirrors” are fakes, made to infect you with malware, show you tons of ads and get your money as donations. Don’t fall for them during your google sessions, just bookmark (CTRL+D) this site and come here directly.

For inexperienced PC users, downloading video games from FitGirl Repacks can be complicated. However after doing it a few times, you will realize that it’s quite a straightforward process. The first thing you will need to do is install a torrent client such as uTorrent or QBittorrent. This is because FitGirl lists her downloads lists her downloads as torrent magnet links, and you will need these clients to download the games. Once you have the client installed, you can go to the official FitGirl website and search for a game you want, for example Fallout 4. You will see a page like this: 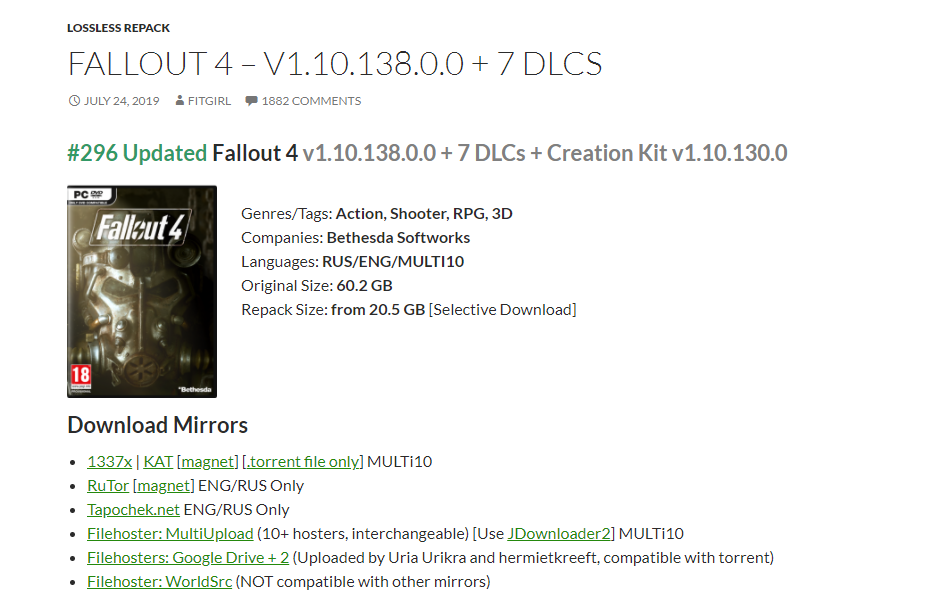 Under “Download Mirrors”, select “Magnet” (unless you want to download from a specific source). Your browser will prompt you to open the magnet link using your preferred torrent client, which you should accept.

The FitGirl Repacks game will now automatically begin downloading in your torrent client. Once the game has finished downloading, you can simple run the game’s setup and install the game by following the on-screen instructions.

The identity of the owner of FitGirl Repacks remains anonymous. Whether FitGirl is one person, or a group of people that compress video games, is also unknown. What is known from her FAQs, however, is that FitGirl is originally from Latvia, although she was raised and brought up in Russia.

What is the FitGirl logo?

The FitGirl Logo is a picture of the girl from the 2001 Rom-com hit movie Amélie. This is most likely as the protagonist of the movie is an innocent girl that enjoys making other people happy – as FitGirl does for online pirates. Or perhaps, it was simply t one of FitGirl’s favourite movies.

Is FitGirl actually a girl?

Whether FitGirl is actually a female or not, remains unknown.

No, FitGirl has nothing to do with how games are cracked. As she admitted herself, she does not have the know-how of actually cracking video games. Instead, her expertise lies in repacking and compressing these games. As she says in her FAQs, re-encoding data is a life-long passion and hobby of hers, and she enjoys helping people download games more efficiently with what she does.

FitGirl does not have any official way to contact her. She does not have an official public Facebook, Instagram or Reddit page. However, she does have a user profile on various popular torrent tracker websites such as 1337x and RuTor. There is also an active Subreddit dedicated to discussing FitGirl uploads which can be found here: https://www.reddit.com/r/FitGirlRepack/

The subreddit has around 10,000 members at the time of writing.

How does FitGirl make money?

FitGirl makes money via donations on her website. The FitGirl website is extremely popular (one of the most popular download websites in the world) with an estimated 30-40 millions users visiting her website every month! Out of these users, a sizeable chunk will probably donate using her official donation page. Although it does not seem like the FitGirl website has any ads, if ads are added it could generate an immense amount of money for the owners of the website.

What is FitGirl Repack music

When installing a compressed game from FitGirl, the setup which was created by FitGirl Repacks always plays the same music (as is the case with many other cracked installers). This anime song has become somewhat a meme amongst online video game pirates. You can listen to the FitGirl song here: