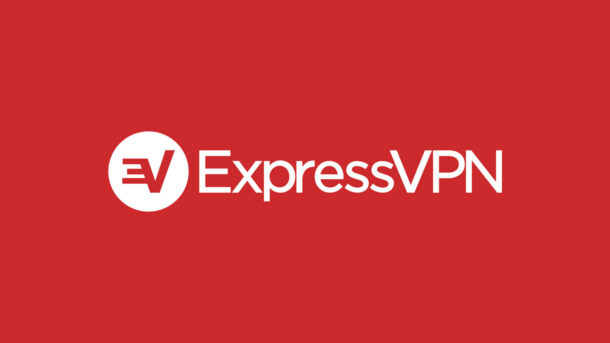 ExpressVPN is one of the most popular VPN options in the market today known for its outstanding safety, speed, and reliability. Its user-friendly interface makes it a preferred choice for novices while the multiplatform compatibility extends its value to a wider customer base.

The only drawback of this VPN is its price. While it offers discounted prices from time to time, there are several other decent VPNs offering similar features for cheaper.

In this review, let us dive deeper into the product and analyze its performance and offerings to understand whether ExpressVPN is worth the price in 2022.

ExpressVPN is now a subsidiary of Kape Technologies, a digital security software provider based in the UK. It is a fully-featured VPN provider that doesn’t cut any corners when it comes to security, speed, or user experience.

It can unblock every type of geo-restricted content, download files, and offer impressive speeds and performance for streaming multimedia.

The VPN packs a ton of powerful features on its native apps. Here are some impressive aspects of ExpressVPN you should know about.

All the desktop and mobile apps from ExpressVPN are designed to be stable, user-friendly, and attractive. They come with a modern, sleek design and ease of navigation. You can either use its single-click Smart Location feature to connect to a server or choose the location you want to use.

The app also shows all the recent locations you have connected to. Recommended locations let you set up the connection quickly. Using the settings is easy as well; the hamburger menu gives you quick access to speed test, split tunnelling, security protocols, and more.

ExpressVPN boasts a large number of servers across the world to let you find a stable, fast, reliable connection. With over 3000 servers in more than 90 countries worldwide, there is always a chance to find a close-by server that is not crowded. It even offers a wide coverage within countries and boasts servers in countries that other VPNs often don’t have.

The VPN offers city-level servers in more than 15 countries including Australia, UK, US, and Brazil to allow pinpointing a server’s location easily for better speeds. This type of structure ensures you always know where the server is exactly located; for a country-level server, it could be anywhere in a bigger area.

ExpressVPN delivers an amazing performance at unblocking streaming services. You can watch content on Amazon Prime, Netflix, BBC iPlayer, Disney+, Hulu, and other platforms without any problem. It also publishes a list of supported streaming platforms on its website.

ExpressVPN supports torrenting with well-protected peer-to-peer filesharing. There is also a network lock feature that stops all the internet traffic in case the VPN disconnects abruptly, ensuring your P2P traffic always stays encrypted. This feature is supported on desktop apps while the mobile apps come with a built-in kill switch.

This VPN feature automatically selects the fastest server for you depending on speed, distance, and latency to save you time. The feature is also useful when you are working from a location that restricts VPNs.

The VPN improves your privacy and security with the TrustedServer Technology that uses RAM-only servers.

As RAM doesn’t store any data, everything loads fresh whenever it is restarted, thereby increasing the safety as compared to VPNs that use hard drives. The servers are rebooted at regular intervals to keep your data always safe.

The apps for Android, Windows, Mac, and routers support the feature of split tunnelling where you can choose what apps use the VPN and what connects to the internet directly.

This feature is particularly useful for P2P filesharing as you can set your torrent client to use the VPN while other applications connect normally.

ExpressVPN gives some of the fastest speeds available for VPNs with consistency on local as well as long-distance servers. It doesn’t show any instance of lags when streaming and no drops in buffering or video quality.

Over long distances, the speeds drop a bit but the results are still impressive as it is normal for a VPN to slow down the speed by some percentage.

ExpressVPN focuses on OpenVPN and its own protocol Lightway for offering a secure way to create connections. These protocols work on the VPN’s Mac, Windows, Android, and Linux apps and are also available for routers configured to use this provider. The iOS application currently supports only IKEv1/2 and OpenVPN. The Windows app also supports IKEv2.

ExpressVPN has a clear and thorough privacy policy and offers transparency to customers. The company does not log information like user activity, the VPN IP or original IP, the connection timestamp, or session duration. It only collects recent dates you connected, the location you connect to and the amount of data transferred. This data is used for diagnostic and not for tracing back to the user.

The VPN is based in the British Virgin Islands which is a privacy-friendly country; this adds an extra layer of protection. It uses standard AES-256 encryption and changes its encryption keys frequently to avoid any security compromise. It also offers a powerful Kill Switch feature that prevents data from leaking outside of the secure VPN tunnel when the connection fails.

Like other VPNs, ExpressVPN assigns shared IP addresses to users which means you share a server’s IP address with others when you connect to the server. This makes it quite difficult to trace a user’s online activity, adding a layer of anonymity and privacy. The provider has also introduced a server-side mechanism called TrustedServer for additional security.

With a clean interface, easy navigation and single-click connect facility, ExpressVPN stands as an ideal choice for newbies. It also has all the configuration options you would expect from a VPN aimed at advanced users. It offers 24×7 customer support through live chat and helpful video tutorials.

It is easy to set up on mobile as well as desktop and works with most operating systems along with routers, streaming consoles, and even e-readers. Such a host of amazing features and speedy streaming and torrenting makes it worth the price.