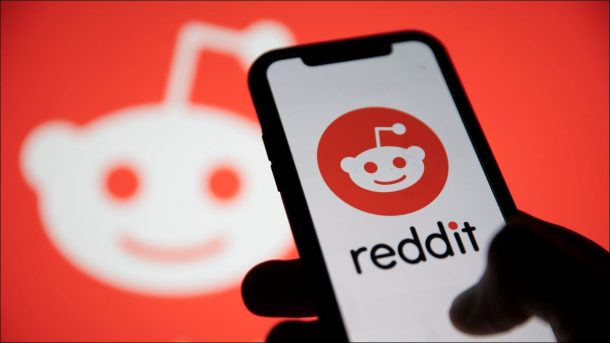 Recently, one of the moderators of Reddit’s famous /r/Anti-Work subreddit, Doreen Ford, went on a live TV interview with Fox News’ Jesse Watters. The train-wreck of an interview, during which Doreen never looked at the camera once, and made statements such as ‘Laziness is a virtue’, not only upended the 1.7 million strong community, but reinforced widely held beliefs of the arrogant Redditor.

For as long as it has existed, Reddit is known for being an echo-chamber propelling extreme views and giving a platform for the most controversial and contentious content. Which are more likely to maximize engagement amongst its users. Over the years, the site has undergone numerous evolutions, but given its core features, it has always been a tad toxic, hateful and arrogant.

Being the 20th most popular website in the world, and with over 430 million monthly active users, there is a lot that goes into the molding of the site’s overall personality in such a manner. Ranging from the initial set of users, to the current demographics, site structure, content sharing and promotion mechanisms, and the most important of all, moderation.

One of the biggest reasons behind the excessive trolling, personal attacks and arrogance in Reddit is the average demographic. With nearly 42% of US internet users between the ages of 18 to 24 active on the platform, it has taken on the persona that is often associated with millennials and GenZ’ers.

This generation is known to be politically aggressive, often wearing their views and beliefs on their sleeves, and that is reflected throughout the platform, with all forms of content eventually descending into political narratives.

With millennials having lived through three major recessions during their lifetime, and Gen Z growing up in the midst of ‘The Great Recession’, and reaching adulthood during the COVID-19 pandemic, they have strong views on various economic, public health, and public policy issues.

At the beginning, Reddit was quite the place to have intellectual open-minded conversations and discussions on various topics. A bygone era that long-time Redditors now reminisce about, with the most popular comments and posts these days usually being snarky takes or sarcastic statements.

This was entirely the result of Reddit’s flawed incentive and content promotion system, which makes use of upvotes and downvotes to judge the quality of content submitted. It goes without saying that users with a contrarian take are often downvoted to oblivion, and those who conform see popularity on the platform.

There is absolutely no incentive to craft elaborate arguments on topics, when one-line takes that add no value to the community receive 100s of upvotes, while sensible arguments that fail to conform to majoritarian norms can easily be downvoted.

This is an extension of the flawed incentives discussed above, but karma farming, or the more pejorative term ‘Karma Whoring’ deserves its own section. This is essentially the practice of circulating cheap, circlejerk posts and comments that add no value to other users, and is mainly aimed at maximizing karma for the poster.

Karma, the point system followed by Reddit has no utility beyond just bragging rights on the platform, but this doesn’t stop certain users from going out of their way to game the system and accumulate as much karma as possible. This goes beyond just useless comments, into the stealing of other people’s works, creating fake sob stories, and much more.

Again, this is the result of flawed incentives, with every post or comment getting rewarded with karma points, and the limitless availability of karma points, allowing users to endlessly dole out upvotes with no regard for quality or value added. While the karma system was initially supposed to determine the standing of various users on the platform, it has increasingly become worthless.

Being a free platform, there are very few barriers to stop users from creating multiple accounts for either self-promotion, commercial intent, or attacking others. This is all the more prevalent with programmable bots, which have since become a nuisance on the platform.

Even though Reddit constantly updates its algorithms to identify and shadowban such accounts, spammers are often a step ahead, and bots continue to get more and more advanced, leading to unsatisfactory experiences for other users.

With the rise of GPT-2 and GPT-3, this will only get worse with bots increasingly becoming indistinguishable from human writers. Reddit is becoming the platform of choice for vested interests and authoritarian regimes, whose main job is to attack naysayers, making the platform all the more arrogant.

Being a community run platform, all of Reddit’s 3.1 million subreddits are run and moderated by other users, who often exercise total control over their respective communities. Moderators usually come with biases and prejudices of their own, that is often reflected in their communities via the actions they take, moderation policies, and the rules they formulate.

In the case of /r/Antiwork, after the disastrous interview with Doreen Ford aired, the community’s mods dealt with the criticism from long time members with blatant censorship, and even outright bans, before taking the entire subreddit private. Such abuses of power are habitual, with moderators turning a blind eye towards toxic behaviors, while acting against narratives that go against the flow.

Similar patterns can be observed across other communities such as /r/LateStageCapitalism, /r/MaleDatingStrategy, along with subs that have since been banned for outright hate speech or promotion of violence, which includes the infamous /r/TheDonald, and on the other end of the spectrum /r/ChapoTrapHouse, and /r/Incels.

Despite its flaws, Reddit still remains a delightful place, with millions of users from across the world, and fruitful discussions on a wide range of topics. While vested interests continue to play spoilsport, we have great hopes for the future of this platform.

If you don’t have a Reddit account yet, make sure to get in on the action, there is a lot we can do to make it truly the ‘front page of the internet’. After all, any community is ultimately a reflection of its inhabitants, and while the site has been attracting the wrong crowds off-late, it is never too late to change.